Dr. Pratik Soni graduated from Parker University, College of Chiropractic in August 2019. While attending Parker University, he was selected to train in the Sports Performance Program, where he was able to perform sports performance assessments on high school athletes and a minor league baseball team. He was trained in soft tissue therapy, functional assessments, and exercise-based rehabilitation.

He is originally from Ft. Worth, where he attended Birdville High School. He excelled in basketball and football as a high school athlete, winning the MVP award in a regional basketball tournament. From there, he went onto study at Texas A&M University and received a Bachelor of Science in Kinesiology. As a part of his ongoing commitment to fitness, he was a part of many intramural teams, as well as a competitive collegiate dance team. He continued his passion for fitness as a personal trainer at the Texas A&M Recreational Center with a certification through The American College of Sports Medicine.

After graduating in May of 2016, he exercised his knowledge of kinesiology as a personal trainer at 24hr Fitness. From 2017 to 2018, he served as a director for a nationally acclaimed non-profit organization, ‘Raas All-Stars’, that benefits the educational system in rural, Indian villages. Some of his hobbies include weightlifting, recreational sports, and the occasional Netflix binge. Now, at Back in Motion Chiropractic, he specializes in the chiropractic adjustment, dry needling, soft tissue therapy, functional assessments, and exercise based rehabilitation.

Dr. Soni has also serviced professional athletes from teams including the WNBA Dallas Wings and the XFL Dallas Renegades.

Click on a date to see a timeline of available slots, click on a green time slot to reserve it

Click on a date to see a timeline of available slots, click on a green time slot to reserve it

Your appointment has been successfully scheduled. Please retain this confirmation for your record. 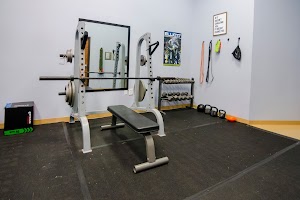 Back in Motion Chiropractic Carrollton
5 out of 5 stars

Call Back In Motion Chiropractic

Call Back In Motion Chiropractic